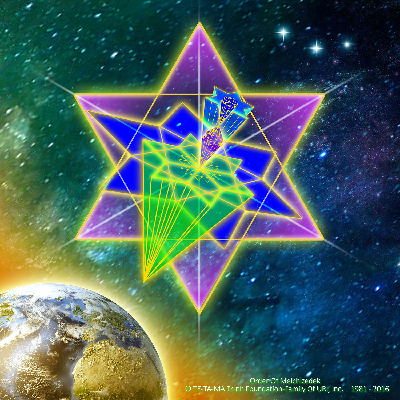 Call to Action - Priesthood Of Melchizedek

Your Voice, Your Location, Resonate the 72 Names of God !

The PRIESTHOOD OF MELCHIZEDEK is being called to speak, resonate the 72 Sacred Names of God, amplified through the spoken word, through the seal of the breath, creating the Merkabah through which Metatron can create the Outer Manifestation of Light needed to bring forth the wavelength of knowledge from the next universe of creation and anchor it – Program Adonai Tsebayoth.

The Collective Merkabah will create the space, allowing the outer Light to reveal the inner Light within all human beings, through which all matter is reassembled into particles of 5th Dimensional Superluminal Light.

Expand the consciousness understanding "One can and does represent the Whole when Spiritually Commissioned & Choosing” to be guided, function through the Heart, to be “the instruments in which to serve the One Living God who has placed a trust in us”!

Amplify the anchoring of May 2014, The Priesthood of Melchizedek, its representatives, present Mt. Shasta, CA, activating the Metatronic Energies. Three years completed, now into the fourth year…here and now…time to Manifest.

NOW is the moment for the Watchers of Zion, those Ascended Masters in physical form who know the Collective relativity of the space-time overlap, to lift their eyes to the Light of Eternity through which open the pillars of Light. For these shall open the Heavens as a stairway formed by the rays spreading out from the descending triangular pyramid and bring life-giving Light and power from the ‘new Heavens’ to the ‘new Earth.’

The keys to future “Weights and Measures” are giving in the Light-Vibrations of “The Sacred Names.” The wavelength of the knowledge of the next universe will be extended through wavelengths in the name Metatron.

Metatron is the Creator of the “outer Light” programs of the external universes which were created from formlessness and void. The power of Metatron sets the “weights and measures” for creation which allows for the dawning of the Living Light of YHWH (Jaweh) in the regions of darkness so they can eventuate into Spiritual domains.*

METATRON = ONE WHO INITIATES INTO LIGHT

El Shaddai – “The Lord God Almighty (Metatron) -- He who works to expand the Covenant and to interconnect the worlds of the visible and invisible, initiating the Saints. He is the one “closest to the Throne,” and manifests the Office of superluminal Light. Metatron brings forth the Keys into the Shekinah realm through which all matter is reassembled into particles of superluminal Light.” *

The original scroll: The Weights and Measures recorded by Enoch, was used for programming previous cycles of intelligence. But it was lost to the knowledge of man following the “Fall” or the energies of spiritual destruction and those desiring the spiritual truth with the technology of death. This original scroll was returned to the Father to be reissued at the end of this consciousness time cycle when mankind would put on the “Outer Garment of Light.”

WE ARE IN THE TIMING FOR THE FATHER TO REISSUE THE SCROLL WEIGHTS AND MEASURES TO RETURN! The balance of left and right, male and female, heart and mind = Divine Truth.

KEYS to opening the Metatronic functions of creation, in order to prepare mankind for the return of the Masters to this plane and dimension, are brought forth in a special archangelic alphabet of Metatron known as ketav einayim, “eye writings.”

These writings are composed of small circles and lines shaped like flames, flame letters…a greater language of creation through which the elements of life are projected. This archangelic alphabet coordinates the elements of life with God’s Name. Each of these divine letters generates resonance patterns of Light which can be traced and measured from one universe of consciousness to the next through the mathematical harmony of the letters.

The People of God act as a branch of God’s family in their own local universe. They are able to reach out to attune other human beings so they too can partake of the sacred Light vibrations to change their molecular structure allowing them to follow the energy trace back into other universes…the promise of ascension.

HOW? Through the consciousness Coding of Light, “sealed” by the breath by the vibrations of the sacred names to “seal” the body of creation.

The PRIESTHOOD OF MELCHIZEDEK is being called to resonate the 72 Sacred Names of God OUTLOUD, through the seal of the breath, creating the Merkabah through which Metatron can create the Outer Manifestation of Light needed to bring forth the wavelength of knowledge from the next universe of creation – Program Adonai Tsebayoth.

Metatron’s Name is the “final seal” for all the bodies of Light that have descended into the lower worlds of corporal, and He is the full life cycle between the Pillars of Light in the higher Throne worlds and the measures of form in the lower physical universes.

Additional reference is The Book of Knowledge:The Keys of Enoch by J.J. Hurtak, Key 211, Plate 12 – the 76 Sacred Names of Jesus and Metatron, the Son and the Father, the Descending and the Ascending Programs, the left hand and the right hand.

These too make up the harmonics that access our individual databases, quickening the soul, delivering us to our Father’s House of Many Mansions.

This evolution from the physical body of creation to the higher intelligence involves a deeper understanding of life as multi-dimensional evolution where individuality does not count, only the continuity of the human species. To this end, the physical body MUST be initiated into the Light before it can receive the “Overself Body of Light” which is the true I AM identity.

Beloved Colleagues, your participation makes a huge difference, for who you are and who you represent.