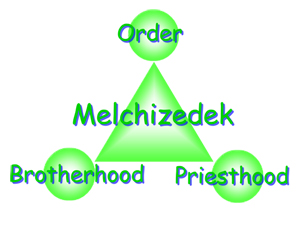 “One can and does represent the Whole when Spiritually Commissioned & Choosing” 1 to be guided, function through the Heart, to be “the instruments in which to serve the One Living God who has placed a trust in us”! 2

I had planned on going to Mt. Shasta, California for a workshop. It was canceled and I decided to go anyway. This area was calling out to me. I made arrangements to meet with Reverend James and Reverend Angela on Saturday, May 3rd. I was so happy to meet them for the first time.

We decided to go to the Headwaters of the Sacramento River to collect fresh energized spring water.    This water is filtered through the mountain.    The energy there was so refreshing. Once done, we then went up the mountain to a lookout in the forest for my activation. There was only the three of us there. It was a perfect location and the timing could not have been better. Reverend James invoked the four directions by blowing into the shofar. Immediately, I felt the energetic presence. It was very powerful. I had to lean on the wall for a minute because the energy was overwhelming. While Reverend Angela was praying and anointing my forehead with Frankincense, I had a vision of pure white light shooting up and out of my crown. It almost reminded me of a beautiful fireworks display ending in the shape of a lotus flower. Within seconds, I then felt the energy enter my body again through my crown and down into my lower chakras. It was at that time that I felt the oneness, the love of our Divine Creator.

Reverend Angela felt guided to open the “Keys of Enoch” book. There was Key 211:

I have been initiated into several healing modalities. I do not have a healing practice at all. Now, If someone came to me for healing, I would certainly oblige. I had a dream over a year ago where I was sitting with a Native American council. The elder gave me a name. It was translated to “Beacon of Light.”

I now realize that my service to the world is to be a channel, ground and hold the light. I felt this all along.

Blessings, love and light to you all.

Seminar cancelled – Plane Ticket and Hotel booked…. Things not going according to what was originally conceived through the conscious mind….

COTC National received a telephone call February 2014 relating that Rev. Deborah Vaccaro (New Rochelle, NY) was to be attending a seminar in Mt. Shasta, California the first week of May 2014, just cancelled due to insufficient registrations. She “knew” she was to make the journey anyway, was to surrender to what was to unfold, and it included a visit with COTC. Through telephone conference call, the change, circumstances were taken into Prayer, Collectively Asking for Guidance and understanding.   It became very clear something was on the Agenda of our Heavenly Parent. Next Step, she was to contact COTC once arriving in Mt. Shasta.

Saturday, May 3 , we drove south (about 1.5 hours) from Ashland, Oregon to Mt. Shasta, California to meet Deborah. She shared she would be meeting, supporting, beholding another colleague registered for the cancelled seminar, coming anyway, David Diamondheart, Sacred Geometry Artist & Master of the Hypercubes – a Metatronia Therapy Healer. He knew his “mission” was to be a part of the energies at Mt. Shasta, climb the summit of Mt. Shasta and plant a Hypercube. David started his ascent up the mountain Saturday morning as we travelled to meet with Deborah.

Through Collective Prayer, Asking….Understanding and Recognition received, as a Trinity, within the Trinity National Forest – we were to usher in the New Program “Adonai Tsebayoth” in direct geophysical coordination with the 72 Brotherhoods of Light, within the crystalline structure of Mt. Shasta – An Initiation for The Collective Priesthood of Melchizedek!

As the three of us drove up Mt. Shasta we pulled off the main road and took a side road to a parking area on the side of the mountain. We walked a trail through the forest of old and very large fir trees to a concrete platform on top of huge granite boulders. The panoramic view included Mt. Shasta, Castle Crags and to the south Mt. Lassen. Utilizing the GRIDS of Consciousness Unification, holding hands, we Collectively Unified through Prayer, more aware of the presence of our Heavenly Counterparts. We experienced within the Merkabah, the Ascending/Descending Amplifications, Consciousness Infusions of Trinitized Light, adjustments to the Collective Priesthood of Melchizedek, for “who we are and who we represent.”  We received and sent forth through the Breath, Sound, Light and Color, Resonance of the Sacred Shofar in all six directions, included "As Above So Below,"  to usher in the New Earth, new Program, “Adonai Tsebayoth” .   The pillar of Light Descending was tangible and at the same time the Ascending energies were felt as well.

Rev. Deborah Marie Vaccaro was ordained August 8, 2011 by the Ministerial Unit over the telephone, and now that we were together physically, we received to “Seal” the Ordination through an Anointing of Frankincense oil with a kiss to the third eye and greeting “Kodoish, Kodoish, Kodoish Adonai Tsebayoth,”3 as The Priesthood of Melchizedek has greeted one another for aeons.

We received to randomly open The Book of Knowledge: The Keys of Enoch by J.J. Hurtak. The text revelation quoted below. We read it aloud, again made aware of the simplicity, Sophia, of receiving through the heart, made aware of the synchronicities of what was unfolding through each of us, those on the mountain, asking “to be the instruments”   2 including David Diamondheart following his inner prompting, making the choice, consciously, to serve the Divine Plan.

“ Key 211: 23 When you are spiritually prepared to ascend, you add the “seal” of your breath by the vibrations of the sacred Names to the “seal” of the body of creation which you will graduate into and which is continually being built up out of the Names which remake the mold of the Adam Kadmon. 24 When the “seal” on your body of consciousness is broken you are finally prepared to add your name to the names of the sacred who ascend to the presence of the Throne of God. 25 The angelic commands then descend from the higher universe to receive you into the image of the Adam Kadmon.”  3

It was profoundly clear that we, as The Priesthood of Melchizedek, representatives in form, through free-will choice, prayer, open heart were present to request through the heart via the breath, the transfiguration, recoding of the New Earth, Adam Kadmon (the electromagnetic body – physical) into a new order of Being, 5th Dimensional Vibration. All in compliment with David Diamondheart and his work, service as a Metatronia Therapy Healer.

Aligned within and amplified through the Great White Brotherhood of Light, the crystalline structures within Mt. Shasta,  representatives from the Order of Melchizedek, Order of Metatron, Order of Michael, St. Germain, Maters of Light including El Morya were present – Collective multi-dimensional activation, infusion, and amplification of new encodings!

After lunch we were guided to take Deborah to a very special, local Metaphysical store – Soul Connections. On hearing collective sounds within the main store, we found that while we were on the mountain, while David Diamondheart was “ascending”, there was a Conference in progress within the facility, a new “addition,” broadcasting live electronically to the planet. Conference Title: “Saint Germain’s New Alchemical Formulas” http://www.heartscenter.org/ 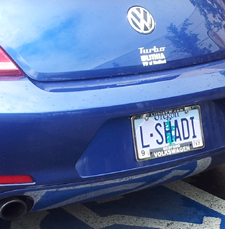 “El Shaddai – “The Lord God Almighty (Metatron)” -- He who works to expand the Covenant and to interconnect the worlds of the visible and invisible, initiating the Saints. He is the one “closest to the Throne,” and manifests the Office of superluminal Light. Metatron brings forth the Keys into the Shekinah realm through which all matter is reassembled into particles of superluminal Light.”  3

Glossary : “Kodoish, Kodoish, Kodoish Adonai Tsebayoth/Sabayoth” Heb. "Holy, Holy, Holy is the Lord God of Hosts/Armies". The glorious salutation given to the 'Lord of Hosts," or "Sovereign Lord of Armies," by those conscious of their identity in the worlds, thrones and dominions of the Living God. (Isa. 6:3; Rev. 4:8). A mantra where the breath giving capacity of the subject is wholly divine, absorbed in the person of the "life-giving Lord." (See Key 305).

Key 211: 27-36    “27 Therefore, the "tree of Life" is seeded into Gardens through replication and is activated through the angelic command of Metatron into the flesh of Man which is multiplied and projected into new heavens. 28 Metatron's name is used because He is the "final seal" for all the bodies of Light that have descended into the lower worlds of corporality, and He is the full-life cycle between the pillars of Light in the higher Throne worlds and the measures of form in the lower physical universes. 29 Here, Christ is the ‘anakephalaiosisthai' the recapitulation of all of creation (i.e., bringing scattered creation together and uniting it to be offered to the Father), which is finally solemnized for eternity by Metatron. 36 Understand the words, "His Throne is a fiery flame," for now is the hour for the Watchers of Zion to lift their eyes to the Light of the Eternal Day and the pillars of Light. For these shall open the heavens as a stairway formed by the rays spreading out from the descending triangular pyramid and bring life-giving Light and power from the 'new heavens' to the 'new earth’."

Key 107: "The key name given to enter into the presence of the Throne "Light" Pyrmaid of the next Universe is - METATRON-”

Key 318: "METATRON created the electron for the computing of our vehicle."