Resurrection of Faith: The Passion of Christ - Cosmic Christ Consciousness 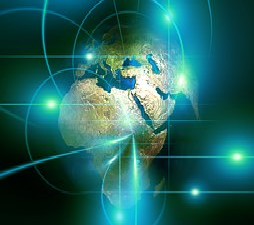 Everyone on Planet Earth is experiencing “catastrophic crisis”, seemingly beyond the control of any person, nation, or institution established to bring stability. No proposals or actions taken have brought solution, stability to the peoples of the Earth. Another perspective, everything is changing, we are in the process of a quantum leap, transition to a new expression of Being. End Time Change as foretold in stone, ancient prophecies, codes and texts.

On the causal side of the Divine Tapestry of Human Life, Humanity is experiencing adjustments, beyond its control. Nothing is the same anymore…that, we can count on. We are seeing the effect of causal change as the Program Adonai Tsebayoth is being established and administered within and through The Office Of The Christ, in concert with the Heavenly Hierarchies that control Divine Image & Similitude.

How do we keep up with the rapid change? How do we “hold on” here on Earth?

The answer to that question depends on our individual focus. For hundreds of millions, a new place of focus, part of the global computer network, “Social Networking Sites”, are the focus of their God Essence Energy. Perfect for short attention spans, “life defined” by how much text or how many friends on Facebook, followers on Twitter. This is a form of collective consciousness, and is part of the change. Fast individual broadcast, being used for good, deception, or old programs of manipulation and control. The loud and clear message, once you enter the collective expression, creating a virtual record that can be used for or against you, depending on the consciousness intent of those finding and using the records. The larger change is beyond what can be texted by iPhone. So in the interests of universality, here again is the message from our Heavenly Counterparts. For people living expanded connections, accelerated time on Planet Earth, those with the eyes to see, ears to hear and hearts ready to implement the new focus of WE not me, “Delete old patterns, familiar pathways, no longer of service to our Transformation!”

Google “Service to humanity,” you will find thousands of sites, individual and collective efforts inspired and implemented within WE consciousness. Encouraging evidence of transformation of individual social focus to collective engagement within “Service Networks,” bringing enormous change for the good of the Whole, mostly overlooked within the drone of mainstream media, sensational events, personal, personality focused news.

In the last few months, we have seen uprisings in Egypt , Yemen , Syria , and other Middle Eastern governments, human rights turmoil. Major earthquakes around the Pacific Rim, Japan ’s tenuous nuclear reactors. Unprecedented flooding in the United States and Australia forcing rapid change for hundreds of thousands, far beyond the “historic norms.” Record breaking numbers, duration, devastation by tornados in the mid-west, southern states and now the northeast USA .

“Socio-Political Focus,” events outside the “un-natural” geophysical events are unmistakably ushering in the new and closing out the old. A new generation, new hope at the helm, as the World focused on the UK Royal Wedding. Unprecedented new linkage established, the Israel Prime Minister addressing US Congress, US President addressing the British House of Commons, all within a few short weeks.

Did we notice the rapid close of cycles initiated by one act of terrorism and resultant reactive terrorism, many acts, as Osama Bin Laden was located shot and killed, when Serbia’s arrest of war criminal Ratko Mladic now being held accountable, signs passed, seen through the open window of our collective journey on the road Home?

These events, the change they signify are not random. Where we focus our thoughts, words, deeds, time and effort make a difference. To change with the Earth we must focus on unity, come together as One Collective Assemblage, One Conscious-ship, the Collective MessiahShip. It begins within our own heart and mind, then expands out to All. We must focus on cooperation, collaboration within the Divine Plan, our Greater Expression, then the New Program of Adonai Tsebayoth may emerge in Peace, Prosperity, un-imagined Miracles. Not a new message. We must let go of fear and consciously leap into new terrain – A Leap Of Faith.

What is “in the desert” for us? The symbolic answer is: nothing. Nothing takes root, nothing grows without water, the Holy Spirit, the Heart Function. Picture a tumbleweed that’s just passing through. And that’s the key. The point is that we should not treat life as though we are just passing through - it is necessary that we let our hurt and pain pass through. This is the “dark night of the Soul”….that place where the Soul can experience itself in the darkest hour to emerge anew, a higher vibration, a higher ordering.

In our lifetime, each of us has a Sacred Contract, Covenant and Pact, secret assignment - one or more specific goals, requiring action, that we came to this world to perform, for ourselves and who we represent. More and more people are awakening to being the best they can be, recognizing they have an assignment to complete. Many who do know, negotiate with themselves: “If I’m Spiritual at least 75% of the time, that’s enough. Chances are I’ll do what I’m supposed to do somewhere in that 75%.” Not necessarily acceptable as we pass out of old paradigms into the new. The timing is NOW, and we cannot afford to be complacent!

Complacency is looking back and appreciating how much we've changed. Of course it is important to look for results, to gauge whether or not what we're doing is working. The pitfall is that once we've climbed a steep hill, we tend to sit down to enjoy the view. While enjoying the view is nice, the longer we sit, the harder it is to regain momentum to climb further.

Many on their individual “Spiritual Path” eventually face the false perception that the work they are doing is enough. Enough to keep them protected, happy and enlightened. But each Spiritual accomplishment is only there to project us to the next level. Growing Spiritually is like walking up the down escalator; if we're not moving forward, we're sliding backwards.

Now, we are experiencing the “dark night of the Soul” Collectively, as humanity, as a Planet, as a Whole. It is no longer an individual process. The “Social Network,” "Service Network" is established and engaged.