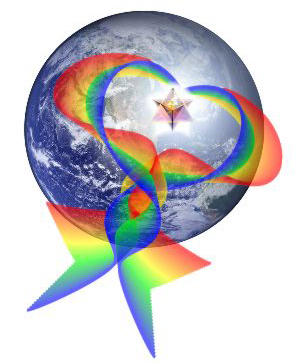 December 21, 2012, a huge demarcation in Evolutionary History, the Divine Plan Unfolding, similar in Co-ordinates, significance, like Moses receiving the 10 Commandments within the Old Testament, The Father Program, or the Birth of Jesus in the New Testament, The Son Program.

Using Kabbalah as the analogy, Tree of Life Symbols, December 21, 2015,completes three 12 month cycles, movement from Heaven to Earth, through Worlds of Creation.

"Kabbalah explains that these four worlds/stages may be understood as:

1) The initial flash of inspiration (concept)

3) Emotional involvement and the drawing of actual plans

12-21-15 is a Divine Plan co-ordinate, embarking co-ordinance, beginning of the fourth year, the Divine Plan Manifesting within the Fourth World of Creation, symbolic of this plane and dimension. It is within the fourth World that we are now building Heaven on Earth, utilizing new frequencies of Divine Light,Cosmic Christ Consciousness, Collectively, Co-ordinated here on Earth. Our individual focus, Collective Service is more important than ever before.

Transfiguration Ongoing We must make the shift from "me" to "WE," let go of old patterns, ask to be the instruments, enhance the new symphony of Love, Light and Peace.

ONE Heart - ONE Mind. We are walking through the threshold into the next evolution of mankind through the Trinitized Function of the Order, Brotherhood, and Priesthood of Melchizedek. As the fourth chamber of the heart is activated within the Cosmic Clock, the clarion call is activating the seed crystal within our hearts and minds. From the Light Rays of the Trinitized Trinity, we are connecting to the Holy Harmonic of the Sacred Sounds, the Whole of Creation is becoming ONE chord, resonating the Living Light, Language of Life. As we "...Join Harmoniously In Oneness, Knowing That There Is Only ONE Creator Source...," the veils are being lifted, the many are becoming ONE, "... The Family Unification Of Mankind...Bringing Forth By Example To This Planet Earth - Love, Light and Peace! "

Hanukkah the Festival of Lights, Season of Miracles, has just completed within the 2015 cycle. The Heavens are open wide Infusing Divine Trans-formative energy of Love, Light, Peace and Miracles.

Celebrate and Pro-Create the New Earth within the New Heavens!