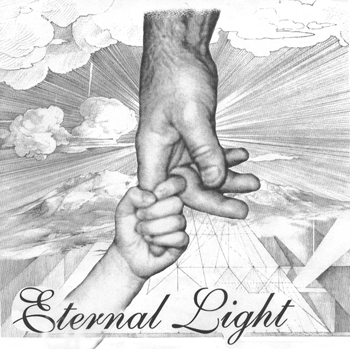 August 8, 2018, Humanity is given another opportunity to walk through a 'Doorway of Accelerated Awakening, Amplified Infusions of Trinitized Trinities Of Light' – The 8:8:8 LIONS GATE.

Humanity is moving through the 12 month cycle, approaching the anniversary of ”The Great American Eclipse.” Eclipses awaken imbalances, bring to the surface, hidden unconscious patterning and programming that limit our unified Collective co-existence and human reality. Eclipses are ‘cosmic liberators’ of subconscious patterns no longer serving humanity, be they outdated, corrupt or destructive.

Certainly since August 21, 2017, the United States of America, its government and its citizens with the world watching, have had quite a bit of what no longer serves ‘bubble’ to the surface for everyone to witness, to make changes, let go of the old, and move towards a Unified 5th Dimensional Co-existence.

Cycles of eclipses are igniting an impassioned, united call to end all war, violence, corruption and rampant greed. The Lunar Eclipse on July 27th is in Aquarius, amplifying ‘people power’ in action. This is our moment! We are being called to embrace our Divine authority, truth and leadership in the global ascension of All Humanity. Every Lightworker, every Human Being needs to ask themselves 'how am I bringing Love, Light and Peace to the planet'?

This is why the Priesthood of Melchizedek, Lightworkers are embodied at this momentous time on the planet! It takes more than one to hold the higher vibration of Trinitized Triniites of Light – we need to combine our unified efforts into ONE Collective Body of Light.

By intentionally raising our vibration and living in unity consciousness, we transform the molecular patterning that creates our human experience. When we combine focused intention with mind-heart balance, we can ‘power up’ to peak intensity in the quantum field with the vibration of manifestation. WE become a conduit of universal abundance, living in unity consciousness. We are transitioning from living in a polarized field of duality that is dominated by ego control - and ascending into living in Cosmic Christ Consciousness.

August 8, 2018 (8-8-8)
On Lionsgate, the earth aligns with the galactic center (highly charged energy point & spiritual heart of our universe), the middle point of our solar system. There is also a cosmic connection with the planet Sirius, which is said to be the brightest star in the sky, bigger and brighter even than the sun. In fact it is dubbed our 'Spiritual Sun,' as it contains much Divine wisdom. Sirius moves closer towards Earth on August 8th, when it will directly and powerfully align with Orion's Belt as well as the ancient Pyramids of Giza in Egypt.

Sirius represents a Transition Stage - Moving consciousness from one reality or frequency to another. The power to manifest is encoded within us, our Divine Nature, and is eternal as we are. The 8-8-8 alignment opens the infinity portal escorting us past all old patterns of limitation, with amplified, accelerated Divine Light. Quality and quantities of Trinitized Trinities of Light, through God’s Grace, Celebration, Homecoming of Humanity. This vibration assists in going beyond prior boundaries. It is Divine Creational Energy, a pure power source, a threshold, ours for the choosing to cross. We are called to re-member our Divine Inheritance, The Covenant, Promise of our Holy Creator, to choose, let go of the old Earthly limitations of duality and step through the Gate/Portal in consciousness with open Heart and Hand to receive the Manna, Divine Bounty from Above. The “Father’s Song To His Children.”

Sirius is the home of Christ Consciousness not only for our planet and solar system but also for our Milky Way Galaxy, Sirius has always been a spiritual prototype for Earth and played a vital role in Earth's early evolution. Spiritual energy streams forth from Sirius into the Heart chakra of our Mazzaroth and Mazzaloth. As Sirius moves into view, alignment with Earth, we celebrate our Cosmic New Year.

Shirley Blackwell Lawrence writes: "Some people are aware that the number 888 refers to Jesus, but few know why. In Greek, the numerals that correspond to the letters of Jesus' name are 10, 8, 200, 70, 400, and 200. When added together, they total 888. Thus 8 is also the number of resurrection because Jesus arose on the eighth day. 8 is a picture of the below that rises to the above."

As witnessed in The Book of Knowledge: Keys of Enoch by J. J. Hurtak, Key 106: v39.
“At that time, the liberated body of Gematria will go beyond the ‘777’ combination connecting the lower biological creation to become one with the Jesus Gematria of ‘888.’ This liberated body, thus ascends into the higher Infinite throne worlds of the Father’s Many Mansions which are liberated to reign with the Christ.”

The Lion’s Gate – “Ari Shemoth” – “The Lion that leads the Exodus”.  The Order, Brotherhood and Priesthood of Melchizedek Heralding the people of the Earth. The Tribe of Judah, earthly spiritual leaders, the Davidic Lineage. Those Divinely Commissioned in the NOW, to lead, by example all people to the Heart Function - 33rd Degree Conferred.