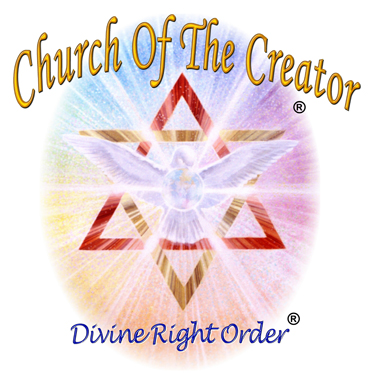 Church Of The Creator®

District Court Opinion, Summary of Case May 23, 2005 "The Foundation requests an order awarding attorneys' fees in the amount of $450,747.05, as well as reasonable interest from the date of such order. (Pl.'s Mot. 2). Pursuant to Section 1117(a), "[t]he court in exceptional cases may award reasonable attorney fees to the prevailing party." 15 U.S.C. § 1117(a). Since the Seventh Circuit has already found that this trademark infringement case is considered "exceptional" under Section 1117(a), and has instructed this court to award appropriate attorneys' fees to the prevailing party, our duty on remand is limited to determining the "appropriate award of attorneys' fees" in favor of the Foundation as the prevailing party. TE-TA-MA Truth Foundation-Family of URI, Inc.,...continue► 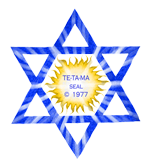 TE-TA-MA Truth Foundation-Family of URI Inc  v  World Church of the Creator, US District Court, Northern District of Illinois, Eastern Division Case No 00 C 2638.  All Court Records, Circuit, Appeals Courts, and United States Supreme Court may be found at  Public Access to Court Electronic Records | PACER:   Docket: 14 pages, starts with Complaint,  Filed May 2, 2000. Anyone may set up a PACER account, small fees are dependant of pages viewed. Other other searches, entry of the case Caption and No will result in many alternative results.

If a distinguishing note is omitted,  the writer, and publisher perpetuates confusion in the public mind, even  inadvertently.  It is ironic, damaging to our organization, when articles about the alt-right, Ben Klassen, Matthew Hale, white supremacists organizations, are published without relevant information conveying facts established in law.  The white supremacists have by Injunction and Final Judgment been ordered to cease using our ® Trademark, Church Of The Creator.®

Hundreds of COTC Ordained Associate Ministers are actively serving humanity in the USA and other countries throughout the world. Encouraging, through living example, peace, cooperation, harmony, inclusion, unity of all people, all races, all colors, all creeds. Inadvertently created confusion with white supremacists, hate/fear based philosophies is therefore particularly distasteful and offensive. Leaving out the facts, repercussions of this litigation, accountability for mis-creation, under man's law, invoking Divine Law when standing up to bullies is important.  An example worth sharing, to encourage others to act on their beliefs, faith and support, join with others who do so.

Notably Historical Litigation - Judicial review including "name...genus" of religions,  balance within protection of constitutional rights, intellectual property rights, of all parties and re-defining what is unacceptable, "Vexatious litigation" conduct.

This case continues to be cited, within filings, OPINIONS, litigations relative Intellectual Property Rights and liability for  attorney fees "Vexatious litigation conduct," "egregious and beyond the pale of acceptable litigation conduct."

Dear Dr. Germain, “I am writing to you on behalf of the Chicago office of the Anti-Defamation League to acknowledge the admirable time, energy, and resources you and your colleagues at the Te-Ta-Ma- Foundation invested in seeking justice against the neo-Nazi group formerly known as the “World Church of the Creator.

The recent trial and conviction of Bill White here in Chicago for his threats against the jury foreperson in the Matthew Hale trial gave us reason to consider the long and tangled web of events that ultimately led to this point. This inevitably included the work of you and your colleagues in defending your legal rights resulting eventually in the dismantling of what was, as you know, then the second largest neo-Nazi organization in the United States. Your efforts have had a positive ripple effect ever since then and the absence of this group has clearly enhanced the Te-Ta-Ma Foundation’s stated goal of pursuing universal tolerance and social harmony.

I’m sure it would have been difficult for any of you at the outset the kind of adversity you would have to face in the litigation. Your dedication in seeking justice was remarkable and we wanted to ensure your efforts in this regard had been recognized. Sincerely, (signed) Lonnie Nasatir"

Since the initiation of the "Trademark Litigation" in 2000, other events beyond the scope of intellectual property were precipitated through activating Divine Law, within man's law. The reality of using the Decree  Divine Right Order® is demonstrated, yielding what is is noteworthy, ongoing, and associated to holding bullies accountable. All bullies, everywhere on planet Earth.

In the most obvious instances,   United States Court of Appeals,Seventh Circuit.

UNITED STATES of America, Plaintiff-Appellee, v. Matthew HALE, Defendant-Appellant. No. 05-1922. Decided: May 30, 2006,   "Matthew Hale was convicted after a jury trial on two counts of obstructing justice, 18 U.S.C. § 1503, and one count of soliciting a crime of violence, id. § 373, in connection with his resistance to a judgment entered against his white supremacist organization by United States District Judge Joan Humphrey Lefkow and his involvement in a plot to have the judge murdered.   Hale was sentenced to a total of 480 months' imprisonment."

To understand what was exposed during the "® Trademark Litigation," testimony during the "soliciting/obstruction of justice trial" paints a clear picture. Jon Fox a former colleague testified that Hale, angry over the outcome of a trademark infringement lawsuit, asked him if he would kill the judge, some of the attorneys involved and the leader of the Oregon-based religious group that sued. "He shouted how he wanted them dead - the judge and the attorneys, they had to die," Jon Fox, 44, told the federal jury.

Fox, who also was once a member of a right-wing militia group in Kentucky,  said that as he and Hale walked down an East Peoria street Hale also told him he "wanted the Oregon minister's church burned down around his head."

After a long legal marathon "® Trademark Litigation," the public through testimony in the Criminal Trials, gained new insight into the reality of the hate, threats, intimidation tactics being used to force termination of the trademark litigation and the parties involved. Fortunately the Foundation Directors and the attorneys of Kirkland & Ellis, Chicago Office, were undaunted in the quest for justice.

A few events precipitaded due to the ® Trademark Litigation - cause-effect "ripples." Search of Caption will yeild a long list sites relative each event.

Review of "What Constitutes a Religion?" IN THE UNITED STATES DISTRICT COURT FOR THE DISTRICT OF COLORADO Chief Judge Marcia S. Krieger, Opinion and Order, March 28, 2018

HALE v. FEDERAL BUREAU OF PRISONS,  "...Creativity [fka World Church of the Creator] is not a religion for purposes of the Free Exercise Clause of the Constitution and RFRA.” pg 22 of 33, f. Conclusion; Chief Judge Marcia S. Krieger