Today is the birthday, concurrent with the 40th Ordination Anniversary of Rev. Dr. James Germain URI. This date anchored his Ministry within man’s law, Witness on the Earth, as a Pastoral Pastor, TE-TA-MA Truth Foundation-Family Of URI, Inc.

On his birthday in 1976, while on a boat in Sarasota Bay, Florida, Rev. Dr. Grace Marama URI received from Above, James was to be asked if he was ready to be Baptized, Ordained, Witnessed.  He embraced the calling to anchor his service to God, within man's law, as an Ordained Minister. Grace was Witness to his Spiritual Commission in Ministry, knowing he was becoming a “fisher of men.”  It was a conscious recognition that our Beloved Brother Christ Jesus completed his human Earthly Ministry at  age 33. James began his public Ministry on his 33rd Birthday. 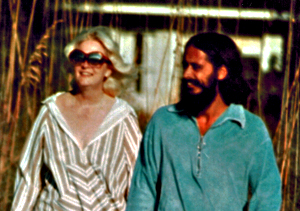 James’ Ministry takes many forms, always a Minister/Messenger – a vehicle for the Holy Spirit Shekinah. To be a ‘messenger of Light’ is to share in public ministry, an example Ordained by the Spirit of Yehovah, YHWH. The Minister is the basic Pillar and Witness to the kingdom of God, preparing the way for the quickening of God’s people for the deliverance that will come.

James consciously lives as an example, “Love Ye one another as I have Loved Ye Also.” His Ministry is his life, wherever he is, living within the Principles & Practices, the example of our Beloved Brother Jesus Christ, 24 hours a day, 7 days a week. He understands and embodies that he is a “Representative in Form,” of Family Unification, an “Instrument in which to serve the one Living God who has placed a trust in us.”

James states his mission, Sacred Covenant, Pact as “Whatever is needed in Service to Divine Will, The Divine Plan, that brings the Highest and Greatest Good, for the Whole of Creation.” That often translates to assignments from from our Heavenly Counterparts that are not always easy or pleasant “I need you to do it, because no one else will do it.”  Another Principle & Practice, deomonstrated, lived by Our Beloved Brother Jeaus. 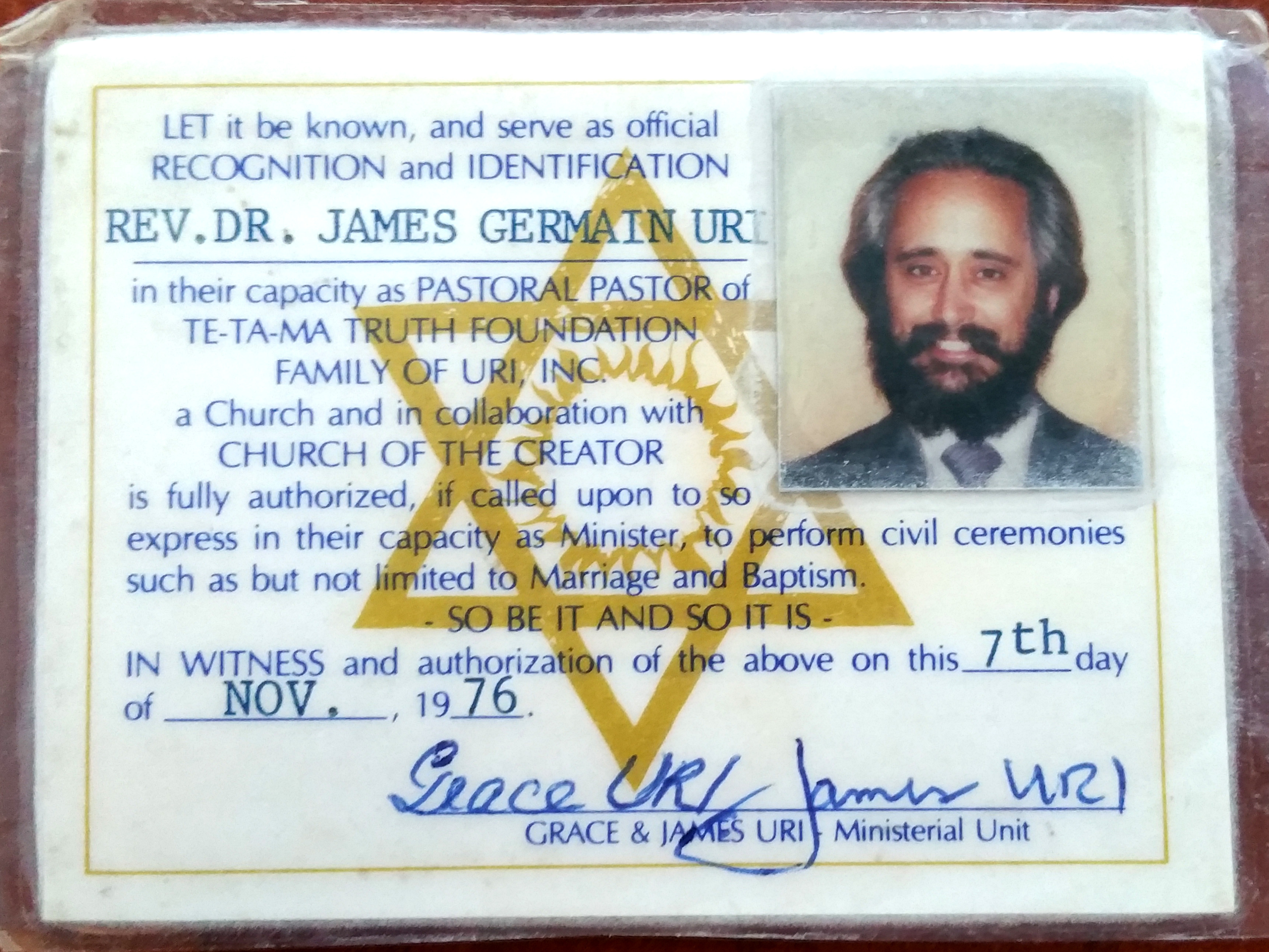 He consciously lives support to Females.  Women, Mothers, Sisters and Daughters, their rightful place alongside the Masculine Priesthoods as equals, necessary balance through the Heart, The Holy Spirit. He helps “hold the table for the meal,” all welcome, to partake of the true sustenance of life, the Holy Breath Of Our Divine Mother, the Holy Spirit Shekinah.

James has a huge heart, willing soul, ready to do anything in support, Aligned within the Orders of Michael, Order, Brotherhood, Priesthood of Melchizedek, Order of the Mother, Sisterhood of Mary.

On behalf of TE-TA-MA Truth Foundation–Family of URI, Inc. and Church of The Creator® I wish to offer our Collective thanks and gratitude to James for all his years in Ministry, Service to the Whole, the Divine Plan.

Just a few aspects noted, of his 40 years of service within the Church.

At the age of 73, Rev. Dr. James Germain URI is the last Active Founding Member of the Church, others having retired, transitioned or departing the Functioning Body of the Church to other expressions, focus, within their lives.

The Spiritual Commission for TE-TA-MA Truth Foundation-Family Of URI, Inc. and  Church Of The Creator® were bestowed by Christ Michael/Archangel Michael, in 1969.

The conceptualizations encoded within Rev. Dr. Grace Marama URI through visions, visitations, within dream and conscious states. She was petitioned and Commissioned through Michael, Anointed within the Order of Michael & Order, Brotherhood and Priesthood of Melchizedek. Disciplined application of spiritual focus, clarified and synchronized the concepts infused.

Anchored in understanding through use, was the Divine Dispensation, tool of consciousness adjustment through the spoken Decree of Divine Right Order.® 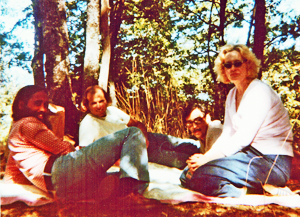 Upon first meeting, late summer of 1976, near the base of Mt. Shasta, California, there was an instant soul level connection with James Germain URI. From that day, continuously for the next 30 years the Co-Founders served within the expanding vehicles of the Foundation/Church. Within nine months of meeting Revs. Drs. Grace Marama URI & James Germain URI were married.  [ photo from Church Archives, Revs. Drs. Grace Marama URI, James Germain URI, Dr. Steven Binns, Rev. Al Labre, at Castle Crags, Mt. Shasta CA within the first few days of meeting, summer 1976. ]

Upon establishment, through legal witness by the State of California, Charter granted, they were Spiritually Commissioned, Witnessed by the Governing Council Body as Ministerial Unit, in November 1977, defined in part: "The Ministerial Unit shall act in advisory capacity of Divine Revelation and as Inter-Galactic Communicators, Intermediary Translators and Transformative Delegates of Cosmocracy - Cosmological Democracy. ... in whatever form of Ministry is needed at whatever time, their function is to be of service to Humanity." They served within additional capacities as Voting Members of the Governing Council Body, Board of Directors of TE-TA-MA, within Church Of The Creator® as voting members of the COTC National Council and COTC Co-President.

In 1976 the Non-Profit Public Benefit Corporation was renamed TE-TA-MA Truth Foundation-Family Of URI, Inc. In 1977 the organization was further defined, anchored and operating through amended Articles Of Faith & Constitution.

Parables in Prose were the initial vehicle of published works to lock and anchor into the Earth Plane this manifest estate of consciousness, "The Perfect Temple of Solomon, built without hands, yet hewn in the Hearts of All Men." The spiritual inspirations, wisdom received, were first published in 1977, Space of Grace, Parables in Prose, by Grace Marama URI. Collectively lived, these Principles & Practices were instrumental in establishing, infusing, evolving the collective conscious of humanity.

The understanding, principles, experiential guidelines, practices of multidimensional unified movement were defined, clarified, published in 1984 and further anchored through experiential Seminars throughout the USA, broadcasts, amplified infusions within and through The Office Of The Christ in 1984-1985. These Principles & Practices of Collective Service, continue to be demonstrated within COTC Seminars.™

As early as 1974 others began recognizing their calling, choosing therefore chosen, witnessed and Ordained Pastoral Pastors, missionaries as defined, within the Constitution of TE-TA-MA. 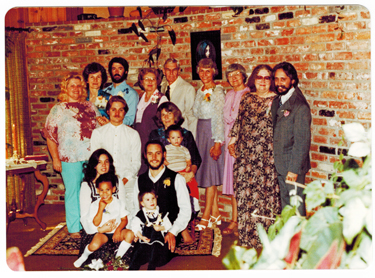 In September of 1979 a prototype Melchizedek Community of Light, "Ship Terra," was anchored, established, operating in Prospect, Oregon. Beginning in 1982 further clarifications were received, anchoring, recognizing, proclaiming this planet Earth and Its Systems as a designated Temple of the Holy Trinity, defined as Church Of The Creator.® The organizational concepts, structure, was defined and published, legally anchored within the Ecclesia Magna Charta. "A conscious directive within and through the Office Of The Christ, a vehicle to bring unification of Christ Expressions into One Collective Assemblage. Amen!"

Publications, authored collectively by participants, Ministers, living the Principles & Practices of the Church were established and distributed to the Functioning Body of the Church, as a Amplified Infusion, assisting Consciousness Evolution now manifesting throughout Humanity. Of record are the publications, Light Streams - Family of URI Journal - December 1979 - December 1983, PASTORAL MEMO - Many Energies Manifesting Oneness - January 1980 - May 1982, COTC National Newsletter May 1998 - December 2001, COTC/TE-TA-MA Online Publications beginning 1999, ongoing, having published 179 issues, COTC Online News as of this update.

TE-TA-MA in 1985 birthed and initiated a vehicle to adjust, Infuse these principles within the commercial lanes of human economic expressions. Michael's Holding Company through volunteer participation, served thousands of clients by contractual agreements within their house/homes, properties. Upon reaching a level requiring paid employees, the enterprise was entrusted to its own organizational structure and autonomy. 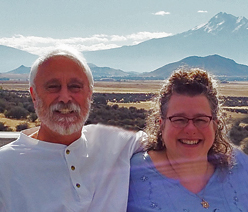 Beginning in 1999, National and International Conferences of Officers, Pastoral Pastors and Associate Ministers of the Church were initiated, are ongoing and of record within the Events Archives, 12 Events to Date.

Having been witness as the Feminine Aspect of the Ministerial Unity by the Governing Council Body of TE-TA-MA, May 29, 2006, Revs. Drs. Angela Magdalene URI and Rev. Dr. James Germain URI married on September 8, 2008, continuing within the Spiritual Commissions of Ministerial Unit.

The Collective energy seeds planted are growing exponentially with each yearly cycle and are blooming….  Harvest Time is Here! "The Church is ready for the next phase of the Divine Plan. We are collectively passing through the Eye of the Needle. The clean-up has been completed for the Whole of Humanity. The memory membrane has been cleared. It is now up to each human being to let go, let God and Embrace Who they are."