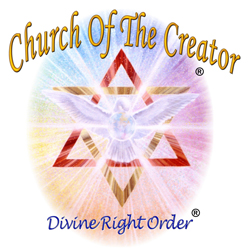 Our Beloved Brother Jesus was Commissioned to activate a new phase within the Divine Plan, initiating the "Son Program" upon the Planet over 2000 thousand years ago.

As we Celebrate the Birth of Christ, Christ-mass, recognize, re-member, not everything he lived was accepted during his time upon the planet.  The Infusion of Light, Truth, he delivered surfaced so many patterns of injustice, that his public ministry came to an abrupt, painful and dramatic completion.

Humanity, in particular those opposed to change, were unwilling to let go, accept the example he lived, accept the change.

Christ Jesus, with his chosen supporting cast of characters, seeded in consciousness, lived the Divine Blueprint held within the Holy Trinity, Father/Mother, Son/Daughter, Sister/Brother, Mates, the Divine Family. Most notable was his treatment, respect, acknowledgement of women, their balancing energy of the heart, co-creative equals.  He established the Women's Apostolic Core.  Historical records modified the women's co-equal participation to subordinate positions or were entirely deleted.  Only now is Feminine Co-Creative Balance being re-discovered, re-integrated, re-instated in all aspects of Human expression.

Jesus and his small band of male and female disciples lived as a Spiritual/physical family, the Principles & Practices preached.

As we celebrate His birth, life, re-member, our Beloved Christ Jesus, the Heavenly Hierarchies, the Creator, are all subject to our free-will choice. Those not present in this plane and dimension, not human beings, are depending upon US to unify, live the words, walk the talk, do what we said we would do before entering this realm of human expression, make the space, be the change, necessary preparation for His return.

The Christ Principles he demonstrated were infused, disbursed to every living human being, during his life walk and continue in the now. The simplicity of non-judgment, unconditional Love, service to others are universal and anyone living those principles is automatically incorporated within the Christ Body. The Christ Body is not limited or restricted to those who profess to be "Christian" by speaking words. The Christ Body is composed of those living the Principles & Practices he demonstrated irrespective of dogma, denomination, teachings, education, that assisted them in being true to themselves, instruments of the Divine Origins, Aligned and expressing their Divinity as Representatives of The One Creator Source.  The message he delivered, principle recorded in Matthew 12v48-50:

"But he answered and said to him who told him, "Who is my mother and who are my brothers?" And he stretched his hands toward his disciples and said, "Behold my mother and behold my brothers! For everyone who does the will of my Father who is in Heaven, the same is my brother and my sister and my mother."

The Spirit of every human being came from somewhere before entering very small  human bodies, seemingly, without prior memory or experience. Every human being has a Soul Mission, planned before arrival. We were in agreement relative circumstances, physical family, and our name.  Each of us is on a Mission, Commissioned, agreeing to accomplish something for ourselves and others.

Every Human Being has the potential to say the same thing AND be speaking the Truth.

Jesus, after gaining experience as a human being, initiated his public Ministry as forecast, around his 30th year on the planet. He was consciously choosing, recognizing his Divine Commission. Even Jesus needed a witness on earth, hence the Baptism by John, witness, Anointing by the Holy Spirit. Jesus transitioned beyond the preparation, study, discussion, teaching, forecast of his Mission. He recognized his Divine Commission and chose to live it, then expressing, demonstrating  "Oneness of himself and his Father."

Each individual has a Divine Commission, it resonates within their heart, becomes a passion that they cannot be set aside, unless of course it becomes to difficult, to painful and they abort, choose to let it go, step back, and do something else.

Near the end of his Public Ministry, even Christ Jesus had to review, re-assess in the NOW, Next Steps to be taken,  Co-ordinates within the Divine Plan.

"Going again the second time, he prayed and he said, "My Father, if this cup cannot pass unless I drink it, your will be done." Matthew 26v42

Opportunity to be Proactive in our Christmas Celebration, Co-Creation

Are we reviewing individual and Collective Co-ordinates within the Divine Plan?

When we focus our consciousness in the NOW, utilizing knowledge of being multi-dimensional Spiritually Commissioned Beings, “Aligning” within and through The Office Of The Christ, the Spiritual Matrix of The Holy Trinity, Divine Deity, Parent Creator Source, mountains move.

Every human being can ask in prayer for revelation, guidance, understanding, relative their individual part, current co-coordinates, where they are within the Divine Plan. That action is one level of conscious participation recognizing there is a Divine Plan, each one's Divinity, unique part, soul mission, learning experience, in this lifetime. That is "Divine Order," an "effect" that every human being is subject to, benefits from, the process of soul progression. Prayer focused on “what I  or others need, how I might like things to be different,” may bring change, benefit to ourselves, others, seeking help from God.

Consciously attuning individually, praying through the heart, as a Spiritually Commissioned Representative for "who we are and who we represent," without any individual request or expectation, is an entirely different frequency of prayer.  The focus of our individual prayer becomes Collective Service Aligned to Divine Will, focused on maximizing results through joining our individual God Essence with the energies, vibrations, frequencies of Divine Patterns of Light. We have the ability, choice to consciously synchronize, participate within Alignment, unified in effort, timing, with the Heavenly Hierarchies, those responsible for stewarding evolution.

Prayer through the heart as an Agent of the Holy Spirit moves our thought-forms to a vibration “above the weave and tapestry” adding our part within the frequencies, “Light GRID” transfiguring the consciousness, manifesting Heaven on Earth.  Our choice, through focused prayer, within the Divine Blueprint becomes "causal participation," unfolding, advancing Humanity's Collective Co-ordinance within The Divine Plan. It is prayer focused within the RIGHT - Redemptive Infusion God's Higher Truths - when asking for adjustment through the Decree, Divine Right Order.®

Our individual choices, focus, use of our God Essence within co-creation either helps or delays the Divine Plan.   A Divine Law, a fact, addressed within Revelations 3:15-16 "I know your works; you are neither cold nor hot; because it is necessary that you be either cold or hot,  And you are lukewarm and neither cold nor hot, I am going to vomit you from my mouth."  and  Matthew 12:30 "Whoever is not with me is against me; whoever does not gather with me truly is scattering."

Sieze the Opportunity of the Season, Re-member, re-focus upon  your Divine Mission Covenant & Pact

December 21, 2012 – a huge demarcation in Evolutionary History, the Divine Plan Unfolding, similar in Co-ordinates, significance, like Moses receiving the 10 Commandments within the Old Testament, The Father Program, or the Birth of Jesus in the New Testament, The Son Program. 12-21-2012, 12-12-12, marking the birth of a New Age, “Program Adonai Tsebayoth,” Shekinah Program, Program of the Divine Mother, The Holy Spirit.

Using Kabbalah as the analogy, Tree of Life Symbols,  December 21, 2015 completes three 12 month cycles, movement from Heaven to Earth, through “Worlds of Creation.”

Kabbalah explains that these four worlds/stages may be understood as:

1) The initial flash of inspiration (concept)

3) Emotional involvement and the drawing of actual plans

Quote from: The Four Worlds, By Nissan Dovid Dubov ©

12-21-15 is a Divine Plan co-ordinate, embarking co-ordinance, beginning of the fourth year, the Divine Plan Manifesting within the Fourth World of Creation, symbolic of this plane and dimension. It is within the fourth World that we are now building Heaven on Earth, utilizing new frequencies of Divine Light, Cosmic Christ Consciousness, Collectively, Co-ordinated here on Earth. Our individual focus, Collective Service is more important than ever before.

Transfiguration Ongoing  -  We must make the shift from "me" to "WE," let go of old patterns, ask to be the instruments, enhance the new symphony of Love, Light and Peace.

ONE Heart - ONE Mind  -  We are walking through the threshold into the next evolution of mankind through the Trinitized Function of the Order, Brotherhood, and Priesthood of Melchizedek. As the fourth chamber of the heart is activated within the Cosmic Clock, the clarion call is activating the seed crystal within our hearts and minds. From the Light Rays of the Trinitized Trinity, we are connecting to the Holy Harmonic of the Sacred Sounds, the Whole of Creation is becoming ONE chord, resonating the Living Light, Language of Life. As we "...Join Harmoniously In Oneness, Knowing That There Is Only ONE Creator Source...," the veils are being lifted, the many are becoming ONE, "... The Family Unification Of Mankind...Bringing Forth By Example To This Planet Earth - Love, Light and Peace! "

Hanukkah the Festival of Lights, Season of Miracles, has just completed within the 2015 cycle. The Heavens are open wide Infusing Divine Transformative energy of Love, Light, Peace and Miracles.

Celebrate and Pro-Create the New Earth within the New Heavens!